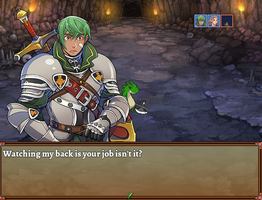 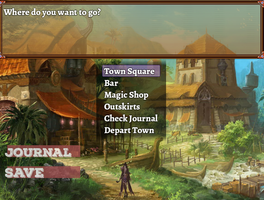 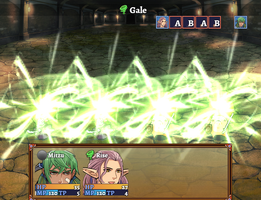 I’m writing this from a Barnes and Noble.  I just finished Dungeon drop about an hour ago, after working on it for about 5 hours today.  What I thought would be a very short (2 – 3 hours) ended up being 5 hours.  Incredible.

I was really pleased overall with this game.  It’s difficult at this time to even really address which parts of it I really felt good OR bad about.  The things that went really well or the things that Things I felt could be better.  Some initial thoughts on future things I’d like to try.

One of my biggest lessons this time was this: Games have a lot of details.  That sounds stupid and simple – but I mean that on so many levels.  As I began to look at more aesthetic choices this time, like building my own UI, changing music and sound effects, writing more narrative and more meaningful narrative – not to mention balancing and the possibilities there – you really begin to realize – games are ridiculously robust.  They deceive you with how “simple” they present themselves and then you don’t realize just how many things a good game carries.  Paying attention to sounds small things make, changing animations, changing UI, balancing systems – there’s a lot that really goes into a game and it is no small feat to design, create, and build one.  Let’s not even begin talking about the engine.

Moving forward from here, I’ve really begun to consider if I’d like to go ahead and build I Forget the Rest again as a small MV project on my own.  It really builds off of this prototype very well if I decided that I wanted to use FES resources.  The concept is relatively similar where the player returns to a town after each dungeon.

I’m very happy with this project and really hope it builds into something else moving forward.